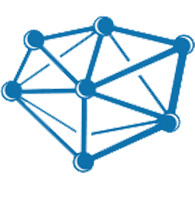 The objectives of this research project are: (i) to develop methods for efficient fabrication of single-particle-thick structures and their deposition on substrates in a form of micropaths, (ii) to understand the mechanical and electrical properties of the assembled chain-like structures, (iii) to investigate viability of the produced particle micropaths with respect to their usage in various applications, including in flexible electronics. The useful properties of the single-particle-resolution structures, such as high surface-to-volume ratio, long-range ordering, or periodicity at mesoscale, can be harnessed in a variety of devices, including optical, biosensing, photovoltaic, and electronic devices. There are several strategies and techniques for assembling particles in chain-like structures on substrates. Yet, each of the methods has one or (commonly) more of the following disadvantages: it is expensive, time-consuming, inefficient, unsuitable for formation of non-linear structures, unable to position the particle microstructures in a designed fashion, or suitable for formation of structures only in bulk liquids; requires access to advanced tools and laboratories; or enables assembly of particle structures with limited lengths. Thus, the assembly of single-particle-resolution micropaths with controlled length and well-behaved configuration in a simple and effective way is still a great challenge. This hugely hinders the possible applicability of such structures and development of new materials and devices. The proposed research is a response to this problem. An electric field–assisted route for side by side particle deposition on substrates is proposed here. The method overcomes all of the abovementioned limitations and enables high-throughput organization of particles on a variety of different substrates at low cost.

Particle capsules, and especially patchy particle capsules are challenging to fabricate. To realize the potential applications of these capsules, it is also important to consistently produce capsules with tailored physical and mechanical properties. One of the objectives of this action was to combine microfluidic devices and electric fields for high-throughput fabrication of patchy capsules. Realizing this objective was also necessary to study the collective dynamics of multiple propelling capsules which was the last objective of this research project.

2015-2017 Mechanical properties and instability of Pickering films and emulsions.

This is a research project in experimental soft matter physics focused on understanding the mechanics and rheology of monolayered colloidal capsules and instabilities of Pickering droplets probed by electrically induced stress. Within the project, we study colloidal capsules (composed of jammed particles) made on a surface of oil droplets. The investigation concerns the viscoelastic deformation, crumbling, rotation or tank-treading of a single capsule due to applied external E-fields. We also monitor changes of mechanical properties of droplets as the Pickering emulsion is being produced. This work is conducted in collaboration with group at NTNU, Trondheim.

This project focuses on new methods of fabrication of Colloidosomes/Janus/Patchy/Arrested shells. We also produce an active colloidal armour, i.e. a pupil-like shell that contracts and expands in presence of E-fields. We study silicone oil droplets, containing different particles (including clay, PE. PS or conductive beads), that are submerged in immiscible organic oil, and we observe particle movement, oil circulation and drop deformation when an electric field is applied. Results show how electric field strength, electrohydrodynamics, dielectric and conductive properties determine the fluid flow, particle organization and drop deformation. Adsorption and assembly of colloidal particles at the surface of liquid droplets is the basis for particle-stabilized Pickering emulsions and colloidosome capsules.